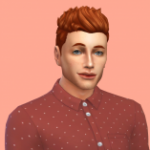 I just have to share with all of you my opinion. I am SO triggered. I myself have been pretty sceptical about TS4 in the past on these forums. I didn't even want toddlers to begin with, but hanging around here made me want them too. I got really annoyed by the fact that EA seemed to just ignore all of us and our wishes. Guess what? They gave us toddlers. The ecstasy lasted for about a week, then new people started making threads called "We've got toddlers, next pets?". Creating pets probably took EA a HUGE amount of time. Just imagine all the programming, animating etc. and guess what? They gave us pets.

Now people are whining that there are no horses in this pack. Now come on. They gave us toddles, and now cats and dogs which are considered the two most common pets. Why would there be horses in a pet pack? I never understood the addition of horses in TS3, but in TS3 you had a better use of them because there was an open world.

Do you want to hang out on your lot and have a random horse walking around? Why do random horses make sense? The first thing I did after installing TS3 was switching off stray horses, because why is that even a thing? I don't imagine anyone in real life would like to sit on their couch watching tv and having a horse next to them on their couch. It. Just. Makes. No. Sense.

Of course, we can all wish what we want. But please. The devs just showed us quadrupeds are possible and there might even be a "farm animal" pack in which horses would make much more sense. Let's not take the HUGE amount of work the devs put in ANY game for granted. Just imagine how hard it is for them? They are trying to focus on more content but instead we are all whining.

Please stop the "I'm not getting this because there are no horses" nonsense. Because we all know you're getting it anyway. Because cats and dogs are friggin' cute.

btw: it's so funny how on the Facebook posts about this pack, the people who ask "where are the horses" 7 out of 10 time have profile pictures with horses. Ugh.
Sorry for any grammar or other mistakes. English is not my native language.