White
Sign In · Register
Home› Discussion› The Sims 4 Packs Discussion
Fresh off the press - the May 11 Laundry List! Click here to find out more!
April 30 - It's time for our Friday Highlights! You can check them out here!

Is the Vampires GP worth buying? 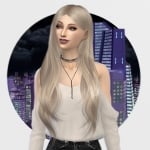 I have most of the EP's/GP's/SP's for TS4 but so far have avoided Vampires because playing as a vampire sim doesn't really interest me. However it is currently on sale on Origin and I like the look of the CAS & buy/build mode items that come with it. I also really like the look of the town because it's so different. I wouldn't mind buying it, but is there a way to stop my towns from becoming over run with vampires I don't want? I wouldn't mind playing once or twice but I doubt playing as a vampire would be a regular thing for me.

What do you guys think? Do you have it and would you recommend? Thanks