White
Sign In · Register
Home› The Sims 3› The Sims 3 General Discussion
The Sims 4 will be FREE to download across PC/Mac & Consoles on October 18! More info here: here
September 30th - It's time for our Friday Highlights! You can check them out here!

Which town to play in for this to be possible? 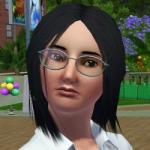 siva20092403 Posts: 631 Member
July 2017 in The Sims 3 General Discussion
OK, some background information first. I have all the EPs and SPs plus all the Store Content.

I am planning to start a new game whereby my Sim has the potential to max out all the skill levels plus reach level 10 of every career in the game like scuba diving, collection, photography, etc.

The question is, which town should I play in for this to be possible? Is this an impossible feat? Or should I constantly edit my town to make this possible?

The reason why I am attempting to do this is because I want to have the best possible gameplay experience in Sims 3! Please advise! Thanks! Please take note that changing towns is out of the question due to some bugs being present when you switch towns. For example, the collection count gets messed up pretty bad.
0