White
Sign In · Register
Home› The Sims 3› The Sims 3 General Discussion
January 8 - Is everyone ready for the Friday Highlights? Check them out here.
Welcome to all new Simmers joining us over the holiday season! 🎉 Have fun on the forum and please make sure you check out the forum rules and
the rules about necroposting.
December 22 - It's the time of year again: Join the 12 Days of Simsmas! 🎄 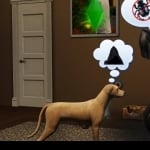 MiyuEmi Posts: 2,404 Member
June 2017 in The Sims 3 General Discussion
Does anyone know if there is a mod in existence to stop water taxi's all together? I've found that they are a serious problem in Twinbrook if you have Pets installed. Basically, the swampy area, which used to be my favourite area, is now the bane of my life. The game begins to stall and stutter and when it does, I find it's because a Pet, usually a dog, is attempting to take a water taxi alone across the little tiny ponds here. I'm at my wits end. Will I have to forever continue to reset dogs taking water taxis, which they shouldn't anyway as they don't take regular taxis on their own, or is there an elusive mod in existence to stop water taxis (I honestly don't care if it stops ALL taxis)?