White
Sign In · Register
Home › Discussion › The Sims 4 General Discussion
May 29 - It's Friday. What does that mean on The Sims forums? Time to highlight some awesim discussions! 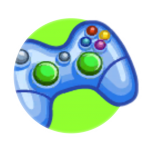 MrMonty96 Posts: 1,711 Member
January 2017 edited January 2017 in The Sims 4 General Discussion
Have you ever thought about how all the Sims 4 worlds are linked? In my game I pretend that Newcrest is right next to Willow Creek but just closer to San Myshuno and Magnolia promenade is an extension of Newcrest. Then the little island in the top left of the San Myshuno map is the "modern business district" in Windenburg. Then the green rural area in Windenburg is connected to Granite Falls and Forgotten Hollow. Oasis Springs doesn't fit anywhere. Yet. Do you think the devs did this on purpose?
5