White
Sign In · Register
Home› Discussion› The Sims 4 Speculation and Rumor
January 27th- It's time for our Friday Highlights! You can check them out here!

It is September 2nd 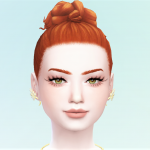 ladybreid Posts: 3,454 Member
September 2016 edited September 2016 in The Sims 4 Speculation and Rumor
So, here we are, 2 years after release.
Any plans?

ETA:
My post above was directed at the players of the game. It's pretty clear people here thought I was asking EA if they had plans since that's where this thread seems to have gone.
Post edited by ladybreid on September 2016 Saying "not to be rude", then blatently being rude does not excuse rude behavior.
1