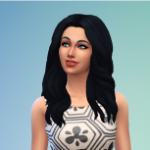 I am going to try to get together a mafia game. There are 6 civilians, 3 Mafia members, and 2 Rebels. The civilians are a bunch who are fighting against the rebels and the Mafia. The civilians win if there are no more Mafia members or Rebels left in the game. Rebels are a group of two, Adam and Tate. They win if they are the only rebels are standing. The Mafia are also two, who plot together. They win if there are no more civilians or Rebels left in the game.

Days and Nights will be roughly 24 hours. They will probably change out between 2:30 and 5:00 CT.

I will use a number generator to decide roles.


These are the roles:

Gracia Church - A retired nurse. Can choose someone to protect each night. She cannot protect herself.

Mr. Travis - Chief of Police. Can choose somebody to investigate each night and learn a couple of identities they could be.

Little Abby - A little girl. Too young to be lynched.

Gigi Quinn - A kind person. She can pick somebody to target every night. If the person she's protecting gets targeted by the Mafia, Gigi dies instead, but so does the attacker.

Nigel Hendley - The mayor of the town. Once he reveals himself to be mayor, his vote counts for two.


Adam Presley - A scary wrestler dude. He can scare anybody he likes to cancel their night action. Brother to Tate Presley.

Tate Presley - Sister to Adam Presley. Tate and Adam are both aware of each other and plan together through PMing. Tate, like a Mafia member, can choose somebody to kill each night. She must have consent from Adam to do so, unless he is dead.

Jake Green - Wins with only himself. Can kill every three nights.


Crystal Moon - Decides who to kill each night with Lucas and Rebekka.

Lucas Sacha - Decides who to kill each night with Crystal and Rebekka. Can cancel somebody's night action each night.

Rebekka Archer - Decides who to kill each night with Crystal and Lucas. Has secret ability.


The Mafias will PM each other than tell me who they decide to kill. If they don't make a decision before the night ends nobody gets killed by them!


If you have any questions post here or on my page.

During the game, to use your night ability, PM me.


I was inspired by Keyenpeydee to write a story for most days and nights.


SjappielovePaul is on call for a replacement if needed.