White
Sign In · Register
Home› Creative Corner› The Sims 4 Challenges, Stories and Legacies
July 20th: The latest patch is live! To read the patch notes, click here
July 23rd- It's time for our Friday Highlights! You can check them out here! 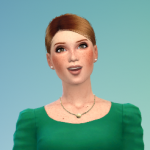 This is the official page for the Willingly Writing Reading Circle. ~ designed by the lovely @xJojox
Want to know what a reading circle is? Click here on the main thread - Reading Circles.
Our reading circle's central idea or goal is to discuss story-driven or scripted SimLit stories (as opposed to game-driven) and the things such as creating backstory, characters, plot and narrative, dialogue, world building, and anything other elements related to storywriting or how we allow the gameplay to help us craft our stories.
Our guidelines for this group...
* follow EA forums rules i.e. be a decent human

* have a current blog/story/platform
*make an effort to read other participant's stories and give feedback here at least once a month (no pressure to do it every time or participate in every question/discussion, etc)
*to be considered an active participant, you should read at least 1 chapter of each story during its rotation
*if you are unable to participate and you don't make an effort to read others' stories, please request a hiatus or leave out of consideration for others and in spirit of fairness
*inactive members for more than 2 months (without notifying me in post or PM about what's going on) will be removed, but are welcome to rejoin
Special note to lurkers: feel free to tag along and share relevant thoughts, ideas, and questions. Officially joining is just making a promise to read, but you can still participate in discussions without joining.
Our current participants:
1. @friendsfan367 August 17th
2. @Shadami July 26th
3. @LegacySims2017 November 4th
4. @MISSInsanity245
Members on Hiatus:
@xJojox
@Simcraft81
@Adamseve1231

Please let us know if you are participating what story you want us to read/follow and I'll add it next to your name up here. Feel free to lurk though.
If you've joined, please introduce yourself:
your name (whatever you would like to go by in this discussion thread)
your blog/story platform title and link (or WIP)
a little bit about your story
anything else you think would be useful, interesting, or relevant
random fact about yourself
Happy Simming/Reading/Writing!