White
Sign In · Register
Home › The Sims 4 Modding & Custom Content › Mods Bugs & Issues
May 22 - Let's walk around the forums together, this week's Friday Highlight is here!
May 21, 11AM PT - Save the time for Eco Lifestyle livestream! Details here.
May 21 - Take a look at SimGuruConor's latest deep dive into Nifty Knitting: learn more about Plopsy! 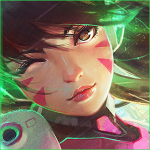 Broken CAS CC
Pyxiidis default skin replacement - NOW UPDATED!
LumiaLover's Smoothish Skin - is not updated and based on their response here they plan on a complete rehaul instead of fixing the current version. UPDATED! Please check here!
Gday Base Game Recolours - OLD files are borked due to the 27th October patch, linked is the updated version!

October patch did some things to these:
Flannel Recolours
Ombre Shirts

Enhanced Physique Range - someone else updated it, and according to the replies after that, it's a working update. It can be found at the very bottom of this page by SoyAndrew.

While the game does not crash, it does mess up the CAS UI (and many other things UI-related):
PlasticBox Wrench CC override (to even more specific, I was using "Thumb Plus Grey") - if you were using this, try an alternative (updated) version: link

I will continue updating this as I go, if you have a piece of CC that has caused problems in your game, let me know and I can add it to the first post.

Post edited by gramatique on November 2016
Tumblr / My Sims