White
Sign In · Register
Home› Forum Ideas & Feedback
August 12th- It's time for our Friday Highlights! You can check them out here! 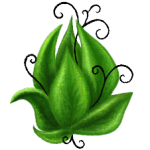 Voeille Posts: 474 Member
May 2016 edited May 2016 in Forum Ideas & Feedback
I’m sure it has been mentioned in the past, I don’t believe I’m the only one who finds it annoying to scroll over the same pictures over and over and over just because they’re quoted. What I’m asking for is making the [﻿img﻿][﻿/﻿img﻿] tags unparsed when they’re inside [﻿quote﻿][﻿/﻿quote﻿] tags, so while quoting someone who posted images we’ll see [﻿img﻿]imagelink[﻿/img﻿] instead of the actual picture from that link. That or replace them with [﻿url﻿][﻿/﻿url﻿]. It would be much better than seeing the same pictures plenty of times, and if someone wanted to see them they could either follow the link to the original post or to the images themselves.

That feature may or may not be added, so I’m saying to everyone who reads this thread now – if you quote someone posting images, please remove the tags (or the whole link with tags, it’s more convenient because most of the time you’d just remove the whole line). I’m certain I won’t be the only one thankful for that

I personally always remove them (it might be a habit, years ago I used to be active on a forum where quoting images was forbidden in the rules