White
Sign In · Register
Home› Feedback› The Sims 4 Ideas Corner
May 28 - It's time for our Friday Highlights! You can check them out here!
Sul sul Simmers! Join us for the #DreamHomeDecorator Livestream HERE today, May 25, @11 AM PT / 6 PM UTC! 🎉
May 27: Today is patch day! 😃 To read the patch notes, click here!

If You could create Your own Expansion pack , What would it be ? 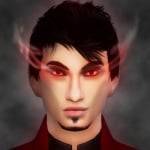 Dramatic-Gamer Posts: 710 Member
October 2015 in The Sims 4 Ideas Corner
If someday a genie popped out of Your computer screen & said "What Expansion pack for the sims 4 would You like to have?"
What would You choose ?

For me , I would make a celebrity themed expansion pack like The Sims 1 Superstar combined with a better version of The Sims 3 Showtime + Latenight .

This is just a short detail of what I would like to see , ofcourse I want to see "Pets" / "Supernatural" Etc .... but I mentioned something that I don't think will be made .

Also I would love to see A "Urbz Sims in the city" styled expansion pack , as that game was over the top awesome !

What would You add to the game if You had a choice ?