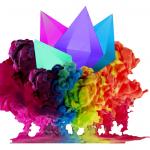 So I searched on the Internet and couldn't find a opposite princess challenge for sims 4. So I decided to make a version for sims 4 tht is basicly a revamped version of the sims 3 challenge.
Before I write anything about it I'd like to give credit to cBunny on modthesims for making the original sims 3 version which can be found here: http://modthesims.info/t/502920
So firstly a revamped version of the backstory... (I made a few adjustments to make it more modern)
A long time ago, the king and queen had a princess. The queen died a few days after. Out of devastation, the king decided to go get drunk at the local pub to forget what had happened or at least attempt to. The king when he went back to the palace was still drunk and ended up woohooing with 4 different prisoners. One of them got pregnant and the other 3 didn't. They all remained in prison. The king being drunk had forgotten what had happened and didn't know what had happened to the prisoners, and what he did. The princess who was from the queen was living a perfect glamourous life with everything she could ever wish for while the other princess, from the prisoner, if you can even call her a princess was living a horrible life with prison conditions. Revenge is all the prison princess hoped for but how can she even gain her revenge while living within the 4 stone walls of the basement prison? Her first priority would have to be the impossible method of escape. The proper princess was just living her normal life doing anything she wanted and didn't suspect anything. After all there were no doors, stairs, methods of escape for the prison princess were close to none. The proper princess was already engaged to a prince but the prison princess still had never knew anyone. How could escape even exist? And by the time the princesses had become teens, the king had died. Don't worry grimmy is currently feasting on his soul.

Sorry for long backstory. I reccomend playing through the backstory but you don't have to, it would be a nice touch to the challenge

Let's start with the castle:
-must have 1 basement and nothing in the basement area except the prison area which I reccomend having stone walls, concrete floor, unfinished feel to it and a real lack of anything, this means no toilet, no bed (she'll pee and sleep on the floor if she really has to, this has to be hard after all)
-however, the basement must have a very crappy cheap fridge that must be bottom of the line and not princess worthy at all and she is only allowed to have quick snacks from it, so she can survive, but barely (they left her to die)
-on the castle above the basement it's best to make it all fancy, pretty, beautiful, large and amazing
-you can do the garden however you want (you can even omit it entirely if you really want)

For cas I reccomend making each sim like this:
Proper princess:
Good, family orientated, snob
Aspiration is reccomended as the gardening one
Dress her glamourously and give her a very posh name

Prison princess:
Evil, slob, insane (if you're feeling like a more fun challenge, I'd definatly swap out slob for hates children)
I reccomend her aspiration to be world enemy
Dress her in horrible poor scruffy clothes

Prince:
Make him however you wish, no reccomendations here. Just make him your ideal prince, okay?

No need to make the king. Let's presume he's dead. You can make him if you really want to though and have him like a second princess.

Ok so there's the cas stuffs, build/buy mode stuffs and backstory. Let's move onto the rules

Goal: to escape from prison
Rules:
-only play as prison princess after intro bit mentioned at top of post.
-after 3 hours challenge time (not including intro) the prison princess discovers a magically appearing staircase, this only appears at 10am everyday and closes at 1pm and if she doesn't get back to prison before 1pm, she gets murdered for being caught, she also gets murdered if the proper princess sees her or is in the same room as her. This is her magic escape time.
-while in magic escape time, she can't cook, eat, bathe, shower, watch TV, listen to music, use the toilet, do anything remotely fun or even get her needs up.

Steps in order to escape: (part of rules but theese are in an order you must follow and theese are like the story progression part of rules) This is my version of it, the one where it's designed for sims 4. Enjoy

Edited so that the prison princess doesn't die, she just has a very harsh and challenging life. Remember, proper princess is still an NPC.
Post edited by emmaning on November 2016 My blog: ning's backlog
Don't forget the forum rules are on the forum- go find 'em!
0