White
Sign In · Register
Home› Discussion› The Sims 4 Packs Discussion
January 27th- It's time for our Friday Highlights! You can check them out here! 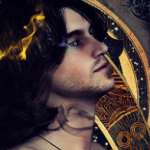 Rumancek Posts: 558 Member
April 2015 in The Sims 4 Packs Discussion
So I know male pregnancy is possible with GTW but I can't figure out how. I tried having my sim look through the observatory in hopes of getting abducted and coming back pregnant but I don't even know if that will work.
CAN human sims get pregnant by getting abducted? Or do I actually have to HOOK UP with an alien NPC?
My Sim is already in a relationship with another guy, and since I can't have legitimate mpreg right now between the two of them, since all the mods are broken, I thought I'd try getting him abducted...