Gender Preference in The Sims 4? 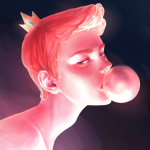 AnnePlays Posts: 2,504 Member
October 2014 edited October 2014 in The Sims 4 General Discussion
I'm not sure if there's a topic already out there, but I am curious if the gender preference makes a return?

For those who played previous Sims games, Sims 2 introduced this feature though hidden. Basically everyone starts neutral but changes depending on which gender your Sim interacts romantically.

I know same-sex relationships are possible, but I want some of my Sims strictly straight or gay.

ETA:
Basically straight sims would be hard to woo by the same gender but can be successful if given enough effort, the same goes for gay sims.
Neutral/Bi-sexual sims are easy to woo by both gender

I didn't know Bi is a censored word, hope I didn't offend anyone.