White
Sign In · Register
Home› Forum Archive› The Sims 4 Help Center Archive› PC / Mac - Bugs & Gameplay Issues
The latest update addressed the crashing issue that some of you have been experiencing, Click here to found out more!
November 27 - Everyone ready for the Friday Highlight? It's ready for you here.
You are browsing an archived read-only section of the forums. The Sims 4 Help Center can now be found here. 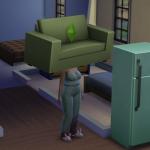 TwistedMexican Posts: 649 Member
September 2014 edited September 2014 in PC / Mac - Bugs & Gameplay Issues
I've found these cheats in the code. They can be used to fix your sims relationship if it's gone haywire!

Edit: this fix may only be temporary (resets when you travel) so I suggest copying the SIM ID's somewhere for you to paste in later if you need to. I apologize but the command that could permanently fix this is disabled in the code. We'll need the patch.

Make note of this number, it's your sim's unique id, I recommend making a copy somewhere if you'll be using these commands a lot.

Then run the command again for the other sim you're wishing you edit relationships for:
Make note of this sim's ID as well.

Add Relationship Bit
(This lets you modify the type of relations between two sims. It requires sim ID) NOTE: You can not REMOVE a bit, you'll have to override it with another. For example setting family_husband_wife will override family_brother_sister

The available family relationshipBits are as follows:

@litabelaqua mentioned their dead spouse was still showing as married:

litabelaqua wrote:
@twistedmexican, I have an issues where my sims husband has died. its now 3 sim weeks on and she cannot remarry as the game thinks she is already married. Is there a cheat code that can terminate her earlier relationship even though the sim is now dead?


The relationship.destroy cheat should fix this issue.

Destroy a relationship:
Now we destroy the relationship (because were a horrible person;)):
Post edited by TwistedMexican on September 2014

I'm now on Twitter. I'd love it if you joined me there