White
Sign In · Register
Home› Discussion› The Sims 4 General Discussion
February 3rd- It's time for our Friday Highlights! You can check them out here! 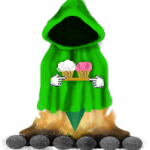 Anavastia Posts: 6,515 Member
January 2014 in The Sims 4 General Discussion
It's no surprise for everyone EA has been on the short end of the stick with it's consumer base across the board.

You know what the common mistake made is think the fanbase only hate the DRM and always online.

These aren't the only problems that EA faces as a company. Now a days, it seems EA likes to punish consumers and provide the least quality customer service possible. By taking cheap short cuts with their fanbase like outsourcing the customer service jobs to areas that barely can speak english and must use scripted solutions. By making invasive programs like origins, forcing fanbase to provide customer support for technical issues, or increasing the value of their game by charging ridiculous prices for microtransactioned pixles in the store.

For a game that goes above market value you must understand that when a consumer is having a technical issue that consumer already is upset and doesn't want to talk to an inexperienced agent. The games itself although having the ability to have online connections has the best connection to the websites store but the worst connection for help and problem solving of the game.

Though so much content can be pumped out for the store online on a weekly and monthly basis a fix to the game only comes out from their departments every six months to a year when expansions are released. The lowest i've seen for any game to have online connection, most companies who use online updating at least update their servers every two weeks and try to squeeze in a bug fix or two. If you think this is a problem for sims 3 alone you'd be mistaken. This happens in their other game departments and it will bleed into sims 4.

We see that with changes being made to penalize players now. Understand no change comes without benefit to EA and what they think will increase profits. Now a days for major companies rarely they do what's fun and enjoyable for the consumer. So no surprise CAST is removed. You think they removed it for low end systems or do you think they removed to create more download space for store content? I'm going to lean heavily for the later reason. However look how greatly inconvenienced fans are because of it. For sure these type of decisions do hurt the sales of the sims franchise.

It becomes toxic designs when marketing is the major influence of a video game. DRM toxic, always online toxic, even micro transactions can become toxic to the company if it affects customer relations. These can cause a major reduction in profit. A good example is rather than providing an entire game at release or a fleshed out expansion resources are split up. You get both mediocre products in the store online and mediocre product on the shelves. That's pretty much sums up sims 3 for me it's mediocre and i expect that sims 4 will be the same. I'll put that on the table now why should i preorder for just a cupcake machine? Can this machine be used in an open venue to sell cupcakes in a bakery? Can this machine provide good open quality gameplay through out all expansions. Or is it just like the store online products such as the pizza oven or the terryaki grill. Great their in the game mediocre they can't connect to anything in the game to provide quality concepts. That is what becomes toxic about microtransactioning a game heavily.

Do i think sims 4 is already better than 3. Nope, there is a difference between hope and what is reality. The reality of it is EA, in the eyes of their consumer, come off as the worst customer service providers across the board both in game and outside game. It be foolish to ignore being voted worst company in the world 2 years in a row. Noticing you have a serious decline in sales and stock value. It's even worse to use shoddy excuses to sweep under the wrong and try to hold face value. Your fans need more than an apology and you as a company need to stop ignoring the signs of a slowly sinking ship. To me the only way to increase sales and really improve their product is to attack the initial disease this company has spread through it's departments. That is to change the outlook profit first fans last.