No Jealousy lifetime reward not working 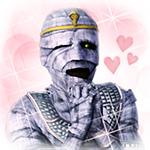 FryeGuy24 Posts: 1,242 Member
March 2013 in The Sims 3 General Discussion
Does the "no jealousy" reward work for the rest of you? I've read that a previous patch was supposed to fix this, and the other threads discussing this on the forum all seem to be at least a year old. I purchased the reward for the first time yesterday, and I've tried it with and without the stonehearted reward in conjunction, and tried it with no mods or custom content. I experimented in Sunset Valley and Bridgeport, all with the same results.

It seems the sim in question can flirt with others and nearby romantic interests won't get jealous, but he'll still be accused of cheating if he's witnessed kissing someone. This is something EA claimed to have fixed back in patch 1.29, but it doesn't work for me:
http://www.thesims3.com/community/news.html?selMonth=11&selYear=2011#-1359649085

Am I the only one still having this problem?

On a side note, when this particular male sim (who currently has a Casanova reputation) asks what people say about him, he's told that people are "calling her a Natasha." :rolls eyes: Does it always say that for male sims?

EDIT: I just wanted to add that the sim in question only has romantic interests, no committed relationships.
0