White
Sign In · Register
Home› The Sims 3› The Sims 3 General Discussion
January 14th - It's time for our Friday Highlights! You can check them out here! 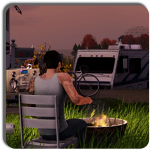 Astro Posts: 6,375 Member
January 14 in The Sims 3 General Discussion
I have some questions because I'm thinking about upgrading my monitor (currently at 1080p)...

What GPU do you use?

What monitor do you use?

Does the smaller UI bother you, or did it just take some getting used to?

For those that upgraded from 1080p or lower to 2k did you notice a big difference in the overall visual quality?

I have a 2060S, but for the sake of having a crisper display I'm seriously considering getting a 2k monitor. I play other, more demanding games than TS3, but I play TS3 more often then almost any other game so I just want to hear other opinions on how worth it it is to upgrade.