(Spoilers allowed) Tell me what you like about RoM, comparisons, plus some questions… 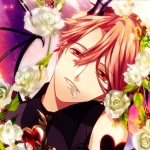 I am not sure if I should put this question here or in General Sims Franchise discussion section, but I am curious about RoM.

I bought RoM on sale, but I would like to know folks’ thoughts on what they liked about it. (Spoilers are fine.)

I’ve played a bit of Sims Makin’ Magic and have played fairies, mermaids, and witches in Sims 3, and now vampires and mermaids in Sims 4.

How do you like the secret world so far? Can any sims visit the world regardless if they’re spell casters or not? Can families visit there?

Also: How do loved ones or families react to spellcasters or seeing magic being used at home? Is a bad reputation something I have to worry about?

(I would love more open occult stuff. I disliked the Sims in various games freaking out and getting scandalized over every occult interaction even when it’s a loved one.)

How are you liking the gameplay overall, from your personal experiences so far? I heard clubs could be made for spellcasters. How would that work if spell casters are supposed to be in a secret world? Can I make them go to regular worlds as well?

Any impressions you got would be very insightful, thanks!

I love that I finally got my mermaids in Sims 4 (and can still play Sims 3 for other mermaid gameplay), but I still miss my fairies and witches, so I feel that this RoM may be the closest to that type of spells-caster occult being. At least, I hope so!