Let's Build an Iceberg Together: Creepy Things in The Sims series

EgonVM Posts: 3,626 Member
January 2 in The Sims Franchise Discussion
I'd like to do something experimental in here. Lately I have watched a lot of iceberg chart videos, so I thought of building one together with other The Sims players. Will a great iceberg chart come out of it or will this discussion yield little to no results? It'll be interesting to see at least.

For those who don't know what an iceberg chart is, let me explain. Iceberg chart is a chart of trivia of certain topics, usually on a picture of an iceberg. At the top is the trivia many people know and as you go down, the trivia becomes less known and may even go into theories.
I'll put an example under the spoilers. I'll also include a link in case the image won't load.
https://i.redd.it/qzwsp3yci9461.png 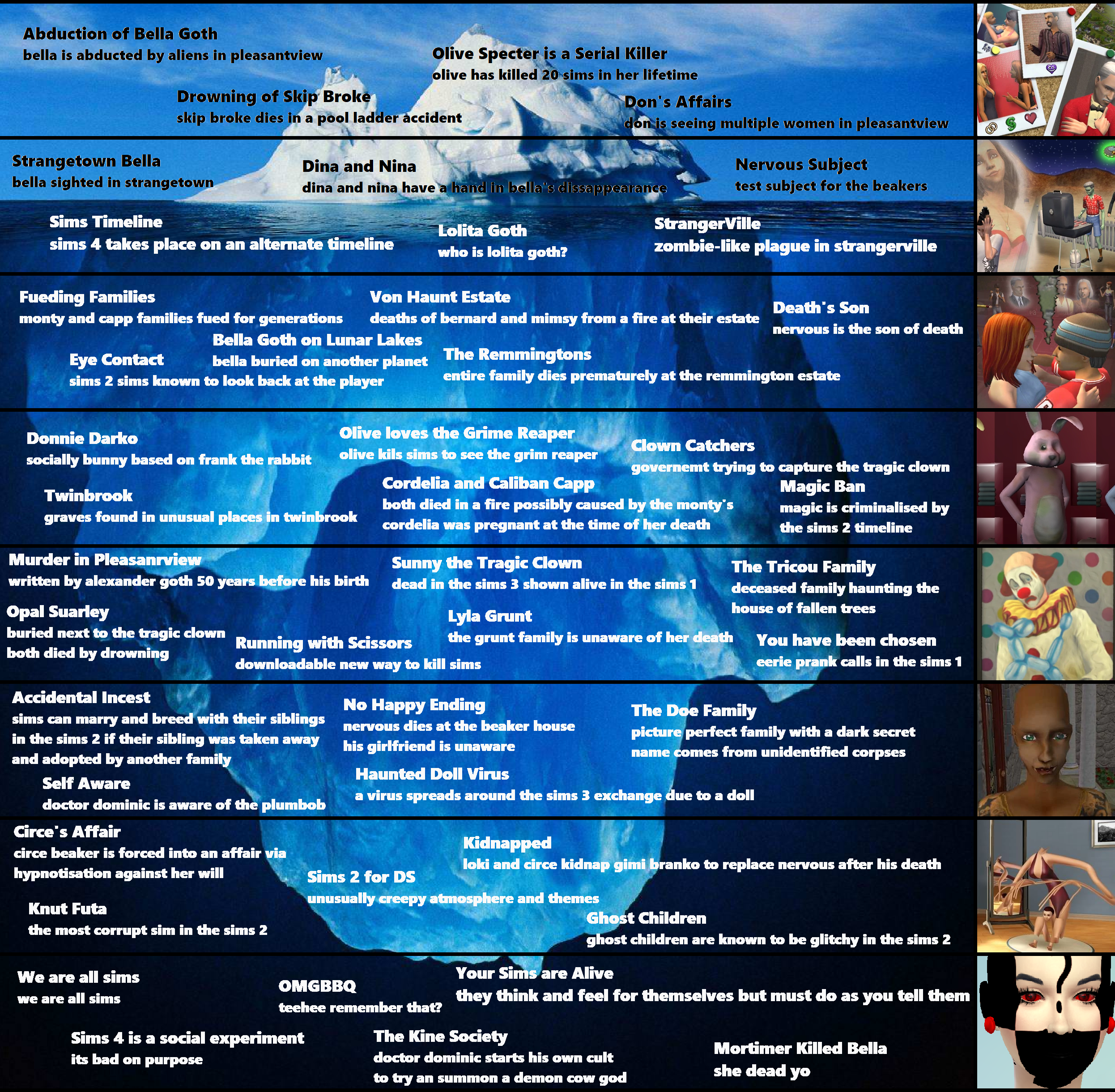 I'm thinking you can contribute mainly in three ways:

The main way to contribute is to suggest an entry. Explain the entry (feel free to add pictures and videos with it) and tell on which tier it fits the best.
For example:

The Burglar Music in The Sims 1
Tier 1
This music plays in many situations: when a burglar, clowncatchers or a raccoon comes to your lot or when your sim gets fired.
Video of these soundtracks is found under the spoilers. The first two are about the soundtrack talked in this comment. 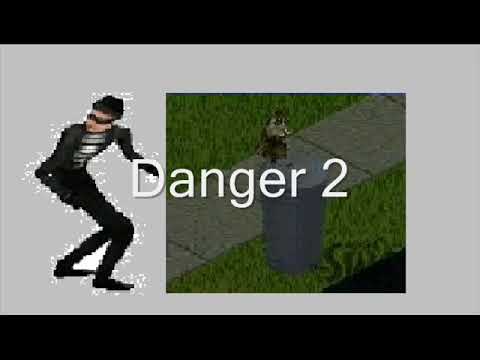 Way 2: Suggesting the design of the iceberg chart

Another way to contribute is to suggest the design of the iceberg chart. For example, suggesting the "iceberg" picture being used in the background or what pictures to use next to those entries.
For example:

Use a picture of normal iceberg in the background.

If you feel that other's suggestion needs some more info or some corrections, quote them and add what you'd like to add/correct.
For example:


Of course other comments and suggestions are welcome.

Of course many of the things can be found in my Collection of Creepy Things in The Sims Games thread. So at one moment, I might post a comment with a large amount of entries from there.
But let's see this experiment go on then...
Of course spoilers ahead.
You can never discover The Sims games 100%. Even when you think you know everything, the game manages to surprise you.
That's why I do experiments in the game from time to time and tutorial videos on YouTube.
0