University Still Worth It? 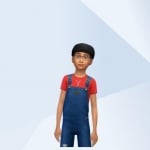 Dayvon64 Posts: 489 Member
December 2021 in The Sims 4 Packs Discussion
I haven't played Sims 4 in a while because I mostly only play with 1 family and it can get boring. I wanted to get University (On Sale) because it's one of my favorite Sims packs. I have this Sims Fantasy where two siblings go to the same university and while one sim is in their dorm studying and enjoying the nice winter season through his window, the other is hanging out with their friends in the community area sharing stories and hot cocoa with everyone. I know that University brought a lot of things to the Sims but I'm afraid it's just going to be a pack you play with once and never use again. I don't want to just play with it for a few hours and then regret buying it. I know that it has features that can be used outside of University, but I was wondering how it has held up all this time. Do you still use University? If so, do you recommend it?
0