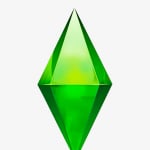 wylmite1986 Posts: 1,283 Member
December 2021 edited December 2021 in General Mods Discussion
So if I want to install mods how do I go about doing that? I’ve always been hesitant because I know the can kind of mess up game play sometimes and the game in general but I just watched a YouTube play the sims and I’m pretty sure she had mods installed because so much fun drama happened in her game and like more real life stuff.
Post edited by EA_Cade on December 2021