White
Sign In · Register
Home› The Sims Franchise Discussion
January 21st- It's time for our Friday Highlights! You can check them out here!

What Would you Like to See in The Sims 5? 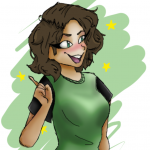 Frogeems Posts: 30 Member
December 2021 in The Sims Franchise Discussion
Heard a small rumor TS5 is in production! I know this probably won't be a reality, but I'd like to also see a sims MMO-RPG game where everyone can play and make families online! Now for TS5, I'd like TS3 graphics and travel system, and TS4 sim features such as emotions and lifestyles.

- I prefer how you can explore the worlds of TS3 and how travel isn't just a loading screen and driving times vary
- I prefer sims having a wide array of emotions instead of TS3 happy, neutral, or sad
- I prefer packs in more relation to TS3, I feel like we just get more stuff out of TS3 packs including objects and content (like how TS3 Into The Future provided a whole new world with different elements to reality)
- I enjoy the ease of TS4 building, however I'd like the auto-roof tool from TS3

Let me know how you all want TS5 to look like!
5