White
Sign In · Register
Home› The Sims 2
The Modern Menswear Kit is available now! Picked it up? Head on over to the Screenshot thread to show off your new creations here

Advise to keep my game healthy 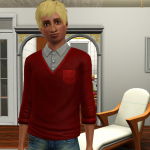 texxx78 Posts: 5,610 Member
November 25 edited November 25 in The Sims 2
I'm playing sims 2 for the first time (I've bought the base game back in it's days but couldn't find the time to play then...). I'm enjoying it a lot! I'm playing all the households in Pleasantville, and while i'm just starting, a lot has already happened

Now i'm starting to worry about keeping my game the healthier i can. Does someone has some advise to me?
0