White
Sign In · Register
Home› The Sims Franchise Discussion
December 2nd- It's time for our Friday Highlights! You can check them out here!

What can make Sims 4 better? 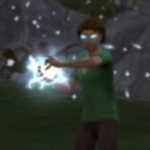 Captain_C Posts: 179 Member
November 2021 in The Sims Franchise Discussion
This, has been on my mind, for a very long time. And I won't sugarcoat it. Sims 4 seems to be cut for quality, and don't get me wrong, I enjoy the little tid-bits the game offers, but it does NOT last.

Challenge is limited when it's something that isn't earned but given to players. I liked it when we could purchase cars and travel around the neighborhood, even after earning all these skills you just float around in game not able to use them for anything useful apart from social slapstick with NPC's; who only like you if you have any skill over lvl 5 or 6, or other rabbit hole jobs. Even personality, I mean, I think everything at EA is just face value, if it looks good, it must be right? We as humans can relate to sims for their social nature, limiting what you can do as person is not interesting. I'm not sure if the board room for EA has the idea of "How about for Sims 4, we imprison the players in lots again, we remove some iconic and standardized content and make people pay an arm and a leg for it"- you may as well had a subscription, which I believe you're doing for Sims 5 anyway.. surprise, surprise- "we ignore fans requests to enjoy and add value to game we spend money and time on, for our sake of 'instant' profit"- success is not instantaneous, if you don't put in the effort it won't reap the reward you expect- "and we will put some sort of fall guy for social media to ask what the public wants and give them barely that. Because we're EA, and we know what we stand for". EA - Egotistical Apathy.

They won't listen to what I say here, just like they haven't probably listened since October 28, 2020. When they had a game that was groundbreaking, open world, exploration, learning anywhere, meet interesting people, gifted and unique people, don't be limited by where you are or who you are. Customize everything, have more personality traits, define who you are by what you've learnt and or have done. And the unknow factor of: if sims were puppets, if they were to pull the strings, who would be in control, which adds that challenge, that meta joke of if we are worthy or understanding enough of being that version of ourselves, or someone else, or even just guiding that individual. I actually feel confined when playing Sims 4, might be just me. I'm not talking massive houses, I'm talking a wilderness to explore and more engaging NPC's, maybe add some sims that visit or something from other player lots, and that would be interesting, urban city centers with dance classes, levels over 10 that can prestige and get bonuses with personality rewards, or suburban country towns with a feud or past history. I really liked planning Sims 2 Storytime with taking a snapshot of your sims life from the choices and challenges faced from the reality of a virtual world to keep exploring, really had something there. No idea what happened, money I guess.

All I can really say, EA have fallen backward and will probably continue to do so, until they listen to what the public is after. I wouldn't be surprised if they have parties in closets and are okay with that. The risks EA are not taking, or maintaining, are losing them respect. EA has been branded and reported as cooperate greed by restricted what people have access to, they should be making us progress toward it minus the monetary value and more the sentimental and uniquely complex. And it's just sad to say that.

I'd love to hear what everyone misses about Sims and what made it loveable for them.
Until next time!