White
Sign In · Register
Home› Discussion› The Sims 4 Console Discussion
October 15th- It's time for our Friday Highlights! You can check them out here! 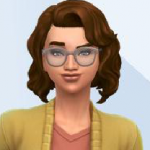 Sthenastia Posts: 452 Member
October 11 edited October 11 in The Sims 4 Console Discussion
YouMakeTheSims tag is very popular on social media and promoted by TS official account. Due to that I decided to cteate this topic because in my opinion console players are omitted in the community, Simgurus and Sims Media. I want to put this thread in this section because a lot of people skip console subforum and I want to invite everyone to the discussion.

On the beginning I want to say that I see a lot of comments that The Sims on PC is better than console version and due to that people ignore our point of view for a lot of things. For example for the anniversary gift we received some CC content and a lot of people was disappointed because they have that items directly from CC packs. I totally don't understand why a huge amount of community ignore that some people can't or don't want to download CC.

Also a lot of people think that TS4 on consoles has long loading screens and consoles can't handle this game and due to that we don't have a better content (also for PC) because of consoles limitation. I can agree that TS4 has bad optimalisation on consloes, but from the end of previous year we have much more better next gen consoles wchih are more and more popular. I play on PS5 and I can guarantee that TS4 on this console is much more better and faster than on popular laptops or PCs. Whats more, I need to say that EA should do PS5 update for TS4 because sometimes loading screens are faster than loading bars for example. But still I feel that community think that TS4 is lacking because of us.

As I said on the beginning I feel that we are totally omitted. I see no representation of console players in game changers community. No one of simgurus or sim media show console players creations. Whats more I feel that the content with mods and CC is being more promoted than we are. I see no console gameplay or any information abaut the consoles on official streams etc. For example I want to know if we ever get any update or implementation of CC or something.

I want to feel that we are a part of the community and our voice matters. I don't want to live in quiet limbo where everyone ignore us and where only some of console players sometimes try to highlight what we need or want on our consoles. I want to feel that PC players don't blame us of TS4 weaknesses also.
Post edited by EA_Cade on October 11
0