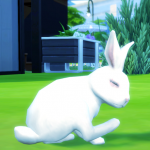 Each chapter has its own content warnings- READ THEM CLEARLY before you read the chapter.

This trilogy of narrative-style-written stories revolves mostly around the Realm of Magic game pack, and follows the lives of the various people who helped shape the spellcasting world in their own ways. They will learn the dangers of giving into arrogance, the importance of both blood and found family, and that they will have to confront many uncomfortable truths in order to better themselves and the world around them.

Started: 03/05/21 | Completed: 24/05/21 | Chapters: 13
CONTENT WARNING: Each chapter will have its own warnings, but this story will contain upsetting themes.
Áine tutors the young and anxious Morgyn Ember in Untamed Magic, desperate for a successor due to her illness- but others become concerned for the prodigal teenager, and their true reasoning for wanting to learn such powerful magic.
. Chapter 1- A Dying Art
. Chapter 2: Birth of a Spellcaster
. Chapter 3: Imago
. Chapter 4: Matriarch
. Chapter 5: A Window to the Soul
. Chapter 6: A Burning Desire
. Chapter 7: Success and Successor
. Chapter 8: Through the Veil
. Chapter 9: A Mother's Love
. Chapter 10: The Changing of the Guard
. Chapter 11: If it's Power you Crave
. Chapter 12: An Eye for an Eye
. Chapter 13: Dragons' Tears

Started: 03/08/21| Completed: Ongoing | Chapters: Ongoing
CONTENT WARNING: Thematically, this one is the darkest so far and will contain upsetting themes.
Spellcasting has become more mainstream than it has ever been, and certain people feel that the power has been taken from their hands. Whilst they try to take back 'what's theirs', the son of a powerful bloodline family will have to work even harder to maintain the good reputation he's gained after his grandmother tarnished it many years ago. However, protecting those that matter to him may mean putting his morals aside.
. Prologue Part One: Blood Ties
. Prologue Part Two: Away with the Fairies
. Chapter 1- Old Faces
. Chapter 2- Violent, Frustrated Desires
. Chapter 3- Dysfunction
. Chapter 4- A Gift and a Curse
. Chapter 5- In the Jaws of the Lioness
. Chapter 6- The Pursuit of Clarity
. Chapter 7- Do Not Seek Forgiveness
. Chapter 8- Held Accountable
. Chapter 9- Cordially Uninvited
. Chapter 10 Those Left Behind, Part I
. Chapter 11- Those Left Behind, Part II
. Chapter 12- Sanctuary
. Chapter 13- Relocation
. Chapter 14- Sons of Monsters
. Chapter 15- Interior of the Earth
. Chapter 16- Dear to Me
. Chapter 17- Dead to Me
. Chapter 18- Any Means Necessary
. Chapter 19- Treasure
. Chapter 20- Moving On
. Chapter 21- Past, Present and Future Collide
. Chapter 22- We're Still Family
. Chapter 23- A Pride in Pieces
. Chapter 24- The Search Continues
. Chapter 25- It Ends Here
Post edited by SnowBnuuy on January 25
'Since I have no idea what part of my life will be the middle, I've decided to have an ongoing crisis.'
- she/her or they/them -