White
Sign In · Register
Home› Discussion› The Sims 4 General Discussion
The Modern Menswear Kit is available now! Picked it up? Head on over to the Screenshot thread to show off your new creations here 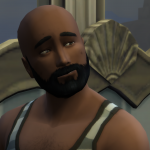 KyreRoen Posts: 297 Member
July 24 edited October 3 in The Sims 4 General Discussion
To make this intro short and sweet--I play TS4 for copious amounts of time, and with enough attention to detail to notice curious details and mechanics, stress-test them, and figure out how to reproduce the results I desire. Once I've done that, I'll then note them down, and once I've enough relative content, I'll compile them to share, going in as much detail as I can (where needed).

I've been posting these dossiers on Reddit, and felt it would be worthwhile to post them here as well so the information can reach more simmers. Now that I'm all caught up between both, I'll post any future ones simultaneously.

Enjoy. Hope they help to better your playthroughs in some way, and calm seas and fair winds on your simming journey.