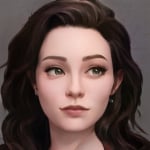 Irishsong Posts: 1,710 Member
June 2021 edited November 25 in The Sims 4 Challenges, Stories and Legacies
Hey hey! Thanks for stopping by! I've got a casual casting call for you all, nothing super special. Just looking for some characters for my newish, kinda soft restart for my story.

The synopsis: Gloria and Seneca are sweethearts who live together in Brindelton Bay. They are not married.

What I'm looking for: Other young adults, neighbors, that sort of thing. One of my characters is going to go to college, another is taking a fellowship somewhere, so maybe something spicy can happen? If you catch my drift?

Setting: Modern. All over the place.

No cc, please. I'm trying to play closer to vanilla this time around.

I have most of the packs, so here are the ones I don't have:
Tiny Living
Moschino
My First pet
Fitness
Bowling
Kids' Room
Courtyard kit
Bust the dust kit
Throwback kit.

I look forward to seeing what you come up with!