Why I'm not afraid of Sims5 being multiplayer... and you shouldn't either! 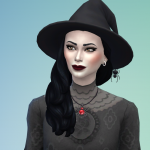 AmaraRena Posts: 6,481 Member
May 28 in The Sims Franchise Discussion
1. EA KNOWS no one wants a Sims MMO. They'd have to alter the game tremendously to get it to a kid friendly state. And that would kill off a HUGE portion of their player base. So by now they have figured out that THEY do not want an MMO either.

2. A survival sandbox model would work wonderfully for The Sims. This would be composed of options for single player, co-op play with friends and, if we're lucky, private servers where large groups of players can get together and create their own version of the game tailored to their liking. ARK, Conan Exiles, Day Z, to name just a few, do very well with this model. They also have official servers of course but I don't think the Sims would even really need those. But even if they chose to have them they'd be sure to have the other three options I've mentioned. There's no longer any reason for games not to offer both single player and multi-player options for the same game. I have a hard time believing EA doesn't have this figured out.
5