White
Sign In · Register
Home› The Sims 4 Modding & Custom Content› General Mods Discussion
May 14 - It's time for our Friday Highlights! You can check them out here!
May 13: Today is patch day! 😃 To read the patch notes, click here!

Well, I think it's finally happened.... 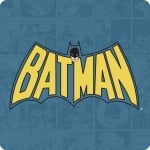 BatmanFanGirl Posts: 1,213 Member
May 3 in General Mods Discussion
I have too much CC and Mods. When I open my game it takes about 15-20 minutes to load... Okay I can deal with that. I just click on and it go do something else in the mean time... But today I played and my sim traveled some where. I had her travel back home and the game totally locked. I think just have way too much stuff. Thing is I have SOOO much stuff I don't really know how to go through it to get rid of some. It feels a bit overwhelming to me and so I just kind of ignored the issue. Do my fellow CC/Mod users have any advice?