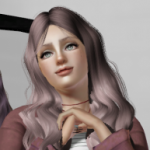 Logicallyironic Posts: 81 Member
April 21 in The Sims Franchise Discussion
This was made with characters who appear in multiple entries, like the Goths, Landgraabs, Don, etc. in mind, but any townie or npc will do too!)

I've been thinking a lot about the Sims as a story, especially sims 2, and now I have a bunch of headcanons for well-known characters floating around my head.

Goths
- Bella actually dresses in vintage fashion (mostly 1940s). This is kind of obvious in Sims 1, but has been lost in 2 and 4 (3 gets a pass), but I'll hold onto it. Her image is carefully cultivated.
- Cassandra is very tall, taller than both Don and her parents. By the Sims 2, she is dabbling in Lolita fashion.
- Alexander creeps a lot of people out because of how mature and perceptive he is. He insists he sits at the adult table for Thanksgivings.
- Unlike Bella, Mortimer does not pay any attention to his image. He just is Mortimer, and the gothic mansion life is all he knows and cares to know. He also wishes he was the one abducted... not out of survivor's guilt or anything, he's just jealous she got to experience it and not him.

Don Lothario
-He was the "where's my hug???" guy in high school.
- Despite his impressive collection of hawaiian shirts, he only seems to rotate two near-identical striped shirts.
- He likes Family Guy.
- He's attractive, but his creepy demeanor means his womanizing years are numbered.

Nina Caliente
- She's a fan of yoga.
- (not really a hc) she was a daddy's girl
- Nina is really smart. Not just in the common-sense, "street smarts" way, but she had a natural talent for math and science in school. More so, she's more witty and perceptive than most people take her for.
- In the real world, and not the Sim world of sensitive jealousies, she knows Don is a notorious womanizer, but she doesn't care and doesn't take him seriously. She draws the line at her sister, though.

Dina Caliente
- Sims 4 shocked me since she seems the type to rather die than cut her hair.
- (not really a hc) she was closer to her mom. NOT KATRINA, their real mother lol
- despite wearing a lot of black, she actually likes colors like green and pink.
- She IDOLIZES Marilyn Monroe. She has MM posters, dressed up as Marilyn for Halloween a few times, and her favorite movie is Gentlemen Prefer Blondes - she personally identifies with Lorelei Lee, and is remarkably similar. Luckily for her, Nina is also remarkably like Dorothy from the same film.

That's all I can think of for now, add/change as you see fit ~ 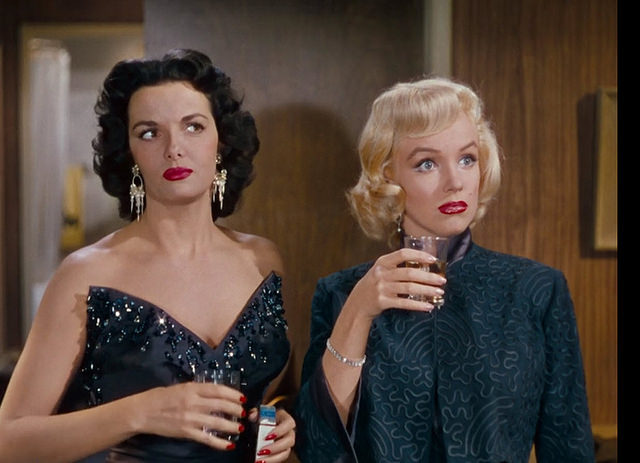