White
Sign In · Register
Home› The Sims Medieval
October 15th- It's time for our Friday Highlights! You can check them out here!

Can somebody explain this game to me 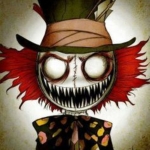 To7m Posts: 5,459 Member
April 9 edited April 9 in The Sims Medieval
So I was recently gifted this on origin, and I’m in two minds. It *looks* good. But I like the life simulation aspect of the sims. I don’t mind following the odd quest or mission if it is actually going to result in some sort of game changing outcome, but I also want to “live” life in medieval times, getting married, having babies etc.

Is that possible in this game or it is strictly a RPG type thing?