How do I disable supernatural? 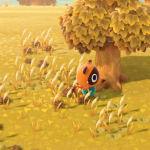 SeashoreLivia Posts: 700 Member
April 7 in The Sims 3 General Discussion
I just bought supernatural, but I don't want zombies and other supernatural stuff in my realistic saves. I tried sims game selector, but it didn't work because when I opened it all the pack options were greyed out. Is there another way to turn off specific packs? I'm playing on steam if that makes any difference.

I also tried playing with the pack just to see if it would be intrusive, and on the first night I had a full moon and 4 zombies on my lot so I had to quit without saving.
0