White
Sign In · Register
Home› The Sims Medieval
May 13th - It's time for our Friday Highlights! You can check them out here! 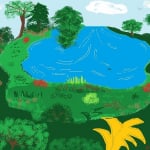 Cinebar Posts: 33,432 Member
February 2021 edited February 2021 in The Sims Medieval
Recently I had switched pc to a better one (matter of opinion, not mine as I prefer ATI video cards not Nvidia cards etc.) Anyway, I have been in the process of reinstalling my Sims' games. Right. I had installed TS3 base so far, and then decided after a few weeks to install TSM, too. ( The Sims Medieval). I ran into many problems many people on the internet seem to still have.

1. The first installation went fine and the game loaded from disc and played fine. However, I did already know from years ago, the game needed at least the three separate patches for it back in 2011. There is also a 4th released in Aug. 2011. There seems to be a problem with that patch depending on where you get it.

2. I made the mistake of allowing the EA Core.dll installing the last patch 2.0 whatever. Then the game would no longer load from disc. The thing about TSM is you have to use the .exe from the start menu and or whatever icon it placed on your desktop not the disc to start up the game. It was always that way. But yes, the disc has to be in the drive at start up. The patched game from the EA Core finder didn't put an icon on the desktop. So, even if you go into files and create a shortcut of the TSM launcher that's not going to work, either.

3. After much (a full day almost) of researching the problem with the last patch from 2011 (before P&N EP) or maybe it was after that EP, many never solved this problem of how to get the game to play after installing this last patch on Windows 10. Might work fine on Windows 7, I know it did on my Windows 7 machine.

4. Other problems arose like the Redundancy Check error, and the game still running in task manager if you tried over and over to install from disc. And not fully installing and getting stuck when it tried to install (or reinstall) the data files.

These are the steps to fix that Redundancy Check Error and to get the game to run on Windows 10 (without having to resort to Origin if you don't want Origin) and play from disc. Some of us prefer No Origin since we bought that disk at release and don't want to tie the game to Origin, and from what I have read Origin no longer offers the game anyway, unless you get on the phone several times. Why bother when you have the disc?

Here is the problem, if you have TS3 installed and then want to install TSM the game gets confused. Because TSM borrows some things from TS3 (and it's engine) the game will/may get stuck on the Redundancy Check Error and not install or get stuck at the Data files it needs to install.

Before installing, go into your programs folders for TS3 and remove the Electronics folder to your desktop. Yes, these are the program files for TS3 so put them in a safe place like dragging them to your desktop.

Also go into your documents and drag your TS3 (player) files The Sims 3 folder to the desktop.

Open RegEdit and Delete The Sims Medieval (left pane) from HK_Current User Software category. It may also be in one or two other places such as in HK_ Local or HK_Local_Windows_Current Version. This is because if you have installed it and trying to reinstall it, not all of it got uninstalled.

Now with the Electronics Folder (which holds TS3 program files) out of drive C because you put it on your desktop, and no player file in your Documents you can install TSM smoothly (unless your disc is scratched and dirty) and download the patches up to 1.3 (there are 3 patches that will work fine) and not install the 4th, 2.0 last patch and play your game. Install them manually in order! Do not Auto patch! The last patch may be important to you, but to my knowledge there is no way to play the game from disc if you install it on Windows 10 and also have TS3 installed.

You can put back your files in programs and in your Documents for TS3 after this.

Hope this helps, I'm glad I figured it out so I could at least play through the third patch and get the disc to work. If you look at the Config file for TSM if you install it (don't load it) and also have TS3 installed you will see it says at top The Sims 3..on the config file for TSM...this is why you must remove the files I mentioned or Windows 10 will confuse the two. Because with those files put on your desktop, and look at the Config file for TSM it will say The Sims Medieval like it should. Then you can put back your TS3 folders.

ETA: If you should need more detail of exactly what I'm talking about in several specific areas, I will be happy to break it down in more detail.

Make double sure you get the right patches, scan for viruses first, and for PC Disc Only, not MAC, not Digital (store) patches.
"Games Are Not The Place To Tell Stories, Games Are Meant To Let People Tell Their Own Stories"...Will Wright.