White
Sign In · Register
Home› The Sims Medieval
May 13th - It's time for our Friday Highlights! You can check them out here!

how much does it matter if you refuse to do certain quests? 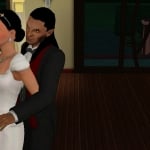 Hawkflight1066 Posts: 241 Member
February 2021 in The Sims Medieval
Do you ever decide to forget a responsibility because it sucks? I refuse to bother with edicts - just go along with whatever everyone else wants, and I will not bother with the interrogation chair either - it wastes a whole day sometimes, trying to find the right combination of actions to break the victim. I will deliberately allow my sim to ignore a responsibility I don't like if I know I can fix it with a hot bath and a music box.

I don't know how much this may affect my slow crawl up the watcher scale. I also have to dump quests rather often because i can't work out how to do them, or I can't be bothered with them once I've given in and read the walk throughs and discovered how much messing about the quest demands, and I'm already about to lose a sim to the pit for failure.

TBH I find Sims Medieval the exact opposite of relaxing. I can cheerfully potter in my Sims 3 gardens and chill after a hard day at work, but Sims Medieval is just a manic, non stop frantic dash to keep up with the demands of the game. No fun at all. My hand is creeping ever nearer to the uninstall button as it's actually interfering with my sleep. I am now dreaming I am on impossible quests!
0