White
Sign In · Register
Home› Feedback› The Sims 4 Ideas Corner
January 21: Today is patch day! 😃 To read the patch notes, click here!
January 15 - Is everyone ready for the Friday Highlights? Check them out here.
Welcome to all new Simmers joining us over the holiday season! 🎉 Have fun on the forum and please make sure you check out the forum rules and
the rules about necroposting. 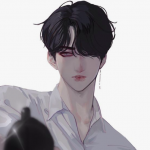 playermarko456 Posts: 4,961 Member
January 13 edited January 13 in The Sims 4 Ideas Corner
Sims 4: Werewolves - Transform your Sims into powerful werewolves and live in an eerie new destination with The Sims™ 4 Werewolves. Create a variety of werewolves and unlock unique Powers that give your Sims supernatural abilities.

Lunar Cycle - Werewolves react to the lunar cycle, a feature implemented in the same pack. During a full moon, Sims who possess werewolf powers will transform into werewolves, which can frighten nearby Sims.

Interactions - Werewolves can frighten Sims or build negative relationships with them by sniffing them inappropriately (can also be done on pets if Cats & Dogs installed), growling at them, or complaining about their shedding. Sometimes, a Sim may whack the werewolf's nose. Unlocking the Lycanthropy skill, werewolves can bite other Sims with a cursed bite, beginning a transformation process after which the Sim will become a werewolf.

The return of body hair feature.
5