White
Sign In · Register
Home› The Sims Spark'd
January 21: Today is patch day! 😃 To read the patch notes, click here!
January 15 - Is everyone ready for the Friday Highlights? Check them out here.
Welcome to all new Simmers joining us over the holiday season! 🎉 Have fun on the forum and please make sure you check out the forum rules and
the rules about necroposting.

Is it just me or is Sims Spark'd a bit cringeworthy? 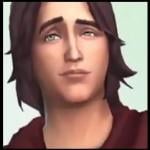 nanashi-sims Posts: 4,094 Member
January 8 in The Sims Spark'd
Admittedly, I'm not a reality TV fan. But from the clip I saw on youtube... everything about this show was a bit painful and awkward to watch. I only saw some weird storytelling segment were they had to improv a real estate agent for a busted Sims house. What is the point of this show? Is it popular? If so why? Would love to hear from fans who can detail its merits as much as anyone who agrees with me.
My Sim Life (TS2)
10