White
Sign In · Register
Home› Maxis Favorites› General Discussions, Feedback & Reporting concerns with Maxis Favs
January 21st- It's time for our Friday Highlights! You can check them out here! 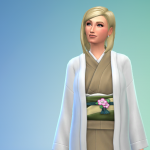 Some examples of what this thread can be used for: You can also start your own thread if you feel that your topic is more specific and could benefit from it's very own discussion.

If you want to discuss the specific changes that we made to the Maxis Curation Guide and provide feedback on the new process, please use this dedicated thread.

On this note, and before we leave the stage to you - our beloved community - we would like to thank you!
We would like to thank you for highlighting the most amazing community creations that the Gallery has to offer, and thus helping us to make the Sims experience something truly special for all Simmers out there.
Thank you for the encouragement and all the positivity that you send to fellow Simmers. We see it in your lovely comments on Maxis Favorites, but also when congratulating each other on your Maxis Favs on the forums and on Twitter.
And lastly, thank you for your continuous feedback and support! The rework of our Maxis Curation Guide would not have been possible without you and we are extremely grateful for having such an outstanding devoted & affectionate community!

Keep doing what you're doing and please stay safe and sound while doing so!