"We Aim To Be Inclusive" 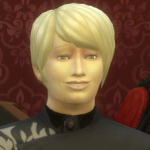 Darkwingz Posts: 65 Member
November 13 edited November 13 in The Sims 4 Game Feedback
For those that pre-ordered the Snowy Escape Pack, I got notified by a user that bowing at shrines can no longer be done.
The Sims 4 team aims to be inclusive, yet actively censors and removes Japanese culture.
This is just as nonsensical as adding in a prayer bench, and then removing a prayer function because Jews and Christians have historically not got along.
It not only removes inclusivity of people who the prayer base does represent, but acts as if bowing in Japan isn't the norm.
If we can have a menorah in Animal Crossing New Horizons, then we should be able to unlock bowing in the Sims4.
To do otherwise would only make a further mockery of EA's historical videogame failings.
I look forward to the Kinder Egg crew's more ironic statements to back up this kneel to a fake cancel culture movement.
Got a Request or question about my packs or plots? Tweet @MasterDarkwingz
You can search for my builds with EA Account ID: MASTERDARKWINGZ
25