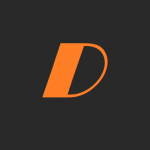 Danielroxheaps Posts: 33 Member
October 16 in The Sims Franchise Discussion
Noticed that SEGA, on Steam, is planning to release (for free) a prototype of a game they cancelled a few years back, which got me thinking about a few games over the years that EA had cancelled from The Sims series:

- SimMars, which appears to have been a planet-building game. This was indefinitely put on hold on 12/05/2000, but the website was redirected by November.
- SimsVille, a game combining the main ideas of SimCity and The Sims (running a neighbourhood instead of just a family). The game was supposed to be released in 2001, then 2002, then it was cancelled on 21/09/2001. Looked brilliant going by the trailers, and looking at videos on YouTube, there was some sort of demo for press that was released.
- The Urbz 2, a sequel to The Urbz: Sims in the City intended to be released in 2007. Apparently cancelled due to declining usage of TSO, Bustin' Out, and a few game engine issues.

Is there anyone else who would love for EA to release either prototypes, or what was completed, on the games? Looking at trailers and such, SimsVille looked the most exciting!
1