White
Sign In · Register
Home› The Sims 2
July 1st- It's time for our Friday Highlights! You can check them out here!
The Sims 4: High School Years EP launches July 28th! Click here to find out more! 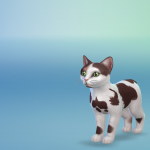 simplyzoe Posts: 428 Member
October 2020 in The Sims 2
I just had Dagmar marry one of my sims, he kept bringing her home from work so it just kinda happened. Well turns out they actually played some of the NPC characters. No wonder the game is better thought out, I also remember them saying back then that they actually studied toddlers to see how they acted for the game.
For the record, Dagmar married Bob Newbie's brother Robert Newbie, I recreated Bob and Betty with Bob's parents and a brother.
0