White
Sign In · Register
Home› Discussion› The Sims 4 Speculation and Rumor
August 19th- It's time for our Friday Highlights! You can check them out here! 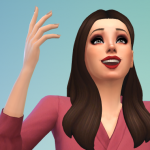 Sthenastia Posts: 588 Member
October 2020 edited November 2021 in The Sims 4 Speculation and Rumor
I heard a lot of speculations about potential TS4 Showtime. I think that this pack can be great because EA can finally intorduce some of missing content which should be in previous packs as Get Famous and Cats and Dogs.

1. Pack like this can finally have big city world with a lot of lots.
2. Magican carieer can intorduce small pets like birds, lizards or rabbits ect.
3. Finally singer carrer and bands can be introduced into the game.
4. Model carrer can be available now as it was in TS Superstar.
5. If we can be a model, than it is really probably that we can have a lot of CAS stuff.
6. More ways to be a celebrity with Get Famous Expansion.
7. Possibility to have theme parks and circuses witch acrobatics and objects from TS Makin Magic.
8. More apartments.
9. More active and unplayable careers which could have been in Get to work.
10. New type of vechicles. Maybe finally cars.
Post edited by Sthenastia on November 2021
19