White
Sign In · Register
Home› The Sims 3› Creative Corner› The Sims 3 Stories and Legacies
May 28 - It's time for our Friday Highlights! You can check them out here!
Sul sul Simmers! Join us for the #DreamHomeDecorator Livestream HERE today, May 25, @11 AM PT / 6 PM UTC! 🎉
May 27: Today is patch day! 😃 To read the patch notes, click here! 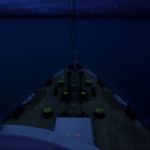 Brandontaylor Posts: 3,489 Member
September 2020 edited February 13 in The Sims 3 Stories and Legacies
Originally this was just a save I shared on the What Happened in Your Sims 3 Game Today thread but I decided now would be a good time to give it its own thread. The first couple of updates will be very short as I didn't take many pictures and I was without internet and had a laptop that was barely running. Each post will be in it's original form unless I need to add something to them but it'll take me awhile to copy the old posts over.

Here is the family tree for those of you who may be interested. Most of Sunset Valley is related to the family and the tree will continue to grow as I move from town to town.

The family started out as the Jones family but a descendant married a Langerak, changing the family name. As of 2/13/2021, there is only one Jones member left.
Post edited by Brandontaylor on February 13
0