White
Sign In · Register
Home› The Sims Franchise Discussion
Sul sul Simmers! Join the celebration and tune into our Twitch live stream today, Feb 25th, @11 AM PT / 7 PM UTC! 🎉
You Make The Sims! Let's recognise and celebrate our amazing community! 💚
As we celebrate Black History Month and highlight our Black players, tune into their Twitch live streams and join the fun! 🖤
Feburary 25: Today is patch day! 😃 To read the patch notes, click here!
February 19 - Is everyone ready for the Friday Highlights? Check them out here.
Welcome to all NEW SIMMERS joining us on the Sims forum! 🎉 Have fun on the forum and please make sure you check out the forum rules and
the rules about necroposting. 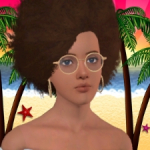 KatNip Posts: 1,063 Member
September 2020 in The Sims Franchise Discussion
Honestly, ever since the Sims 4 came out, one argument against the Sims 3 that I’ve always seen is that it has... rabbitholes. This argument has never made sense to me. Every game has rabbitholes, but I’ve always preferred seeing my Sims actually got into a rabbithole and listening to the ambiance or pressing work hard and leaving them be over having them simply drive off of a lot or disappear. It’s always been more believable to me, and while playable careers are fun, some get a little repetitive after a while and I don’t mind seeing them disappear or entire into a building from time to time.

Are you for or against rabbitholes? if against; what would you do to change it or replace it? And for those who use it against the Sims 3 as an argument... why?

an aspiring author and filmmaker who spends too much time simming and not enough studying. oops..
7