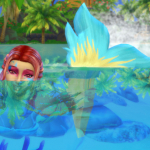 Jadeleine Posts: 1,997 Member
September 12 in The Sims 4 Game Feedback
I would like to open discussion about townies and how they look like. It would be nice if townies had little more personality and they were nicer looking. Im not sure if its intentional or if its bug, but when I make my own townies to fit my style and theme the game destroys and replaces the clothes with very random clothes that ruin the theme. Its like totally a mess, sunglasses and socking etc. Its quite ruins theme playing and the feeling of effort gamer makes to create the town into personal taste and the work put on creating unique sims. For example making scifi town and even the played sims come accross walking in totally silly looking random clothes.

I think that there has been little improvements and some of the new characters are quite nice so im not saying everything is wrong.