When Did You Start Playing The Sims? 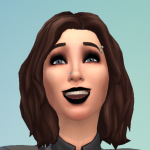 GothicSimmer Posts: 56 Member
September 10 in The Sims Franchise Discussion
So I have just been sitting here thinking about playing Tthe Sims and realized I have been playing the game for nearly two decades now! I would often watch my sister play back when she would play The Sims 1 and I would often be so interested in her playing with virtual people. One day in 2003 when The Sims 1 Superstar came out my sister allowed me to play with her and honestly, I fell in love with the game and I have been hooked ever since. The first The Sims game I played on my own was The Sims 2 and I remember coming home from school and playing all night and spending all summer of 2007 playing the game. My sister stopped playing the game back in 2010 and gave me all her old The Sims 1 CDs as I have kept the games as a collection as I can't get rid of them and I have kept them simply for future use for when I have kids as I want to experience the games or I want to play the past games,.

It also got me thinking about how you guys got into playing The Sims and what version of the game is your favorite. I am excited to hear all your stories!