White
Sign In · Register
Home› Discussion› The Sims 4 Packs Discussion
September 24 - Everyone ready for the Friday Highlight? It's ready for you here! 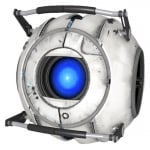 He said he has almost ZERO interest in covering The Sims 4 anymore. He bought the pack, played for an hour and decided it was enough and a waste of time. He says there's only so many ways he can says "this sucks." He also doesn't want to go back to previous games. He's "apathetic regarding the entire series."

It's finally happened. The Sims 4 Star Wars Pack is so bad it was the last straw for LGR.
62