White
Sign In · Register
Home› Announcements› The Sims 4 Latest Patch Notes
January 27th- It's time for our Friday Highlights! You can check them out here! 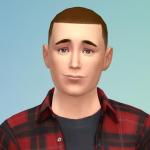 We are super excited for the upcoming release of The Sims™ 4 Star Wars™: Journey to Batuu, so today we have an important update for you to address a couple of critical issues as well as a few updates to some existing features.

Have your Sims ever dreamed of a jungle-themed wedding escapade? Or a quiet yet elegant wedding in the woods? Sims can now elope in any of the Destination Worlds. Picture this… a warm sunny day in Selvadorada, your Sim and their loved one accompanied by the bustling sounds of Puerto Llamante… it is like the best premise for one of Russkii’s telenovelas.

Besides letting… I mean, encouraging Sims to elope to Destination Worlds, we have made windows a little more dynamic if you will. You can now place windows by stacking them above each other without the use of the bb.moveobjects cheat. Which may seem small but we hope builders enjoy this addition!

For Playstation 4 players, we checked around and we found some additional memory. This should help those Simmers who were unfortunate enough to crash during travel and transitioning in and out of Build Buy on some of their more built-up saves.

Last but not least, we have also made a change for PC and Mac in which there will be a new folder auto-generated in \Documents\Electronic Arts\The Sims 4\ called “ConfigOverride”. Inside this folder, players can place a copy of Default.ini, GraphicsCards.sgr, and/or GraphicsRules.sgr which will override these files where the game is located. So, if you edited these files before, you can now edit them in the new folder.


Now onto the fixes: