One Of The Gurus claimed it was their idea that they created the star war pack, not EA? 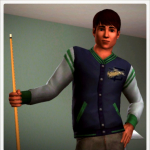 This was a little interesting as I thought it was usually the EA that makes the decision for the Gurus on what pack they should create. But it seems like they can put their own ideas into the game if they wish. But on a brightish note.... they are working on multiple projects still so I am curious to see what they bring after star wars
14